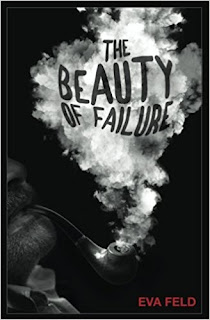 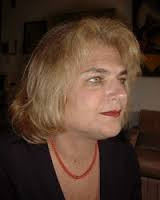 The setting of the novel is the current events in Venezuela. Repression and shortage of food and medicine; galloping inflation and political tyranny.

Venezuela is in the news every day. Nearly 150 people have been killed this year, there are thousands of wounded and as many detained. There is great concern in America, where VP Michael Pence and Secretary General of the O.A.S, Jorge Almagro, each from different platforms and ideologies, are claiming to find ways to help Venezuelans. Both fear that Venezuela may become a second Cuba ruled by a dictator and a corrupt military.

This is my first attempt to write a novel in English. I am very lucky to participate in an American writing group in Cincinnati, Ohio, where most out of the thirty participants tell me that The Beauty of Failure reflects the influence of immigrants on the English language. This happens mainly because of the use of different than usual words (or constructions), to express feelings, metaphors, and descriptions.

The main character of my novel is an old intellectual, who sees reality through the window of his computer. A solitary person with thousands of followers. This man, Mr. Mel, lives in the epicenter of a social and political upheaval, but also in the midst of a personal cataclysm between soul and body, words and action, mind and heart.

The Beauty of Failure  is as short as Hemingway’s "The Old Man and the Sea" or Milan Kundera’s "Festival of indifference". Brevity gives significance to every paragraph, but also allows silence for inference on the readers side.

Hallucinations, visions, dreams, and bizarre behaviors complement The Beauty of Failure. These are the salt, pepper, and chili in Latin American narrative.
Structure:

The novel consists of fourteen ‘arbitrary’ chapters to help the reader catch a breath, there are no intertitles.

The main character, Mr. Mel, is an eighty-year-old Venezuelan writer, the grandchild of a guerrilla commander. He fathers an only son, Mario, a lighthearted emigrant, whose second wife Titina was transferred to Dublin, where they live with their little daughter Oriana.

From a first marriage, Mario has an older daughter Julia, who stays behind for a few months    with her grandfather, Mr. Mel, until she is abducted.
Truthfulness:

Much of the research has the signature of my profession as a journalist. Nevertheless, The Beauty of Failure is a Novel; all the characters are fictional, and so is the story. As Vladimir Nabokov once said, the novel is the quid by itself.

The book ends with two poems, Mr. Mel’s last writings. These poems belong in real life to the person who inspired the character of Mr, Mel. They were written in Spanish, I translated them and used them with unrestricted authorization of the author. Paraphrasing Pablo Neruda’s saying: “Poetry doesn't belong to those who write it but those who need it.”
.

A few words about myself:

At age 23, I became a journalist at Universidad Central de Venezuela, the most autonomous and prestigious university in the country. I was granted a scholarship by the French Government to further my studies in Paris, circa 1973.

Two years later, back in Venezuela, I worked at magazines and newspapers for over a decade: (El Nacional and El Diario de Caracas, among others.)

For a year, I freelanced for the Chicago Sun-Times weekly Spanish insert, and for a Latino radio station Radio Ambiente.

This first attempt was followed by three novels: