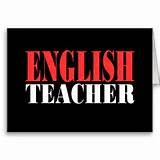 Not a decade had passed by since that exciting date in which some partisans of the Democratic party had failed to achieve their dream of proclaiming a pig for president at the Chicago Democratic Convention, when the English teacher dragged his apathy to the pulpit where he used to get even more bored than usual while teaching the rooky college students the rules of how to write properly in English. Fed up by the monotony of endlessly repeating the properties of certain adjectives or the appropriate use of  verbs, tired of reviewing the same mistakes over and over and terribly nostalgic of his own youth, his mind wandered often going back to the old days when his life was an open promise. He decided one day to reincarnate into the young revolutionary that he used to be at a time when was able to break the rules to the point of even championing a porcine cause.  So with a grin on his face he turned his back on his perplexed students, he slammed the door and came back a few minutes with a paper American flag in his hand.   Overcoming his pupil’s astonishment tore it into what seemed to everybody like a hundred pieces.  At this point, his foxy eyes where shining with rage and joy. Then he threw the red, blue and white pieces of flag debris to the floor and he spat them. Outraged he gave his students an unquestionable order: “Now write!” The experiment resulted in such a shot of adrenaline that he became an addict to his own performance. He couldn’t wait for the next class so he could challenge surprise, frighten and instigate. Neither could his students. Many of them even started to actually learn how to write.

Three months later the English teacher at the Roosevelt University suffered a flashback. He was even more bored than before. His malaise was like the strike back of a virus, stronger, empowered. He started to feel like a useless clown, his wittiness was expected of him, his students got used to expecting him to be funny. He started dragging his feet again and soon replaced his lectures by giving out some printed forms with lame exercises to do in the class room while he sat on his chair with his feet on the table, wandering again in search of better memories.

One particularly dull Tuesday, he came up with a sheet of questions for his students:

A certain malaise got into the student’s spine, now that they felt like victims of the avenging teacher. Without any further words, surprises or fun, they were compelled to write a super boring essay by demand.  Some yawns and some nervous coughs broke the silence. The pencils seemed to get lost on the white papers in front of each student, many scribbles ended wrinkled in the waste basket. Many students took a chance by repeating old learned clichés.  They wrote that white people have more opportunities, specially  in cities such as Chicago where segregation is so common;  that black people are more appealing concerning sex and music: that it is more convenient to be a man in a male chauvinist society; that being single enables more freedom but being married gives more stability. Without any paradox not even one guy wrote about the advantages of being a woman…

The next Tuesday, the English teacher arrived later than usual; he took his place at the podium immediately and infringing his own behavior, read aloud, one by one, each evaluation. None was excellent: they all got a flat C. Maybe they had improved their grammar or their syntax, he said.  But he ended up penalizing their lack of creativity and their poor structure.

Nobody seemed to really pay him any attention, until the English teacher took off both his  shoes and also his socks. Then he unbuckled his belt and slowly unsheathed one by one, his legs. He unbuttoned his shirt and took it off too. Then, standing in front of his class, so he spoke: “I am white, divorced, nude, liberal, agnostic, neurotic, skeptic, music lover male. I hate vegetarian food. I smoke and  at times I think of myself as though I was gay. I wouldn’t want to be other than what I am and if only one of you would have preferred being what you are, not only would you have gotten an A  plus, but  you would have also gained my respect, my confidence and my solidarity.”

One of the white students, who incidentally looked very much like the English teacher,   spoke up and said: “I still don’t know who I am, or what I want and therefore I can see benefits and disadvantages in everything and also I can easily become others. Hence I feel respect and solidarity   for everyone in this class where we gather to learn how to write”

Suddenly the Department Chair erupted through the door. A disapproving grin preceded his words. Furthermore, he got furious. “I will not tolerate this disrespectful behavior from a mischief maker, from a nudist!” he shouted breathlessly.

The white student who looked very much like his teacher replied: “Pst! Mister Principal, lower your voice.  Are you saying that there is a nude professor in this room? The only one naked here is a literary character and the only mischief maker in the room is yourself”.