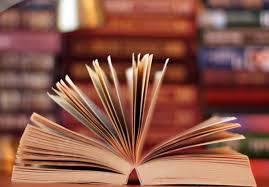 Teódulo López Meléndez
To Victoria de Stefano on her 80th birthday.
In the 21st century we find a degenerating proposal for the definition of person. We could say that they are nothing more than holders of power. Therefore no one can wonder about our time being one of technological shows. The world has to be strong enough to constantly reproduce itself in appearances and thus become a lack of world. The writer, on the other hand, is a builder and the creative imagination stands as the only antidote against an absorption and extinction of transcendence. It does not mean that the writer transcends. Even today we talk about Homer, but any reader of Peter Sloterdijk can check how the dead are becoming less important every day. It is what he calls "a horizontally reticulated humanity". Hence, it is meaningless to ask about a purpose of literature in a world where the senses have derived producing a fatal rupture of the integrity of the whole. As Jünger recalled, the creative instant occurs outside of time and therefore can no longer be canceled.
The writer, when assuming the world of "non-appearance", stops playing with another pole of reference. Here we are not talking about a writer as a witness of his time or as someone in whom you can get all the portraits of his time. What I mean is that the writer defeats the ordinary appearance. He is an introducer that diverts towards "what happens elsewhere". The writer decomposes and recomposes the fundamental structure of the world, that is, he returns to a kind of original knowledge, he becomes the demiurge who reaches what is not accessible to the common and thus becomes the possessor of secrets. In short, to continue with Goethe, he moves away from appearances.
In a world in disarray, like this one, the writer is a paradoxical being: he is a transformer who fixes. As Sloterdijk rightly says, there seems not to be (in the world of appearances) someone who fulfills the role of enabling transits. The writer, by fixing the moment, fulfills that role, since he enables the only possible regeneration, the one that is linked to the new beginning. Literature is the violator antagonist of the end.