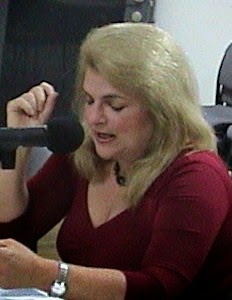 From Tear World to Loveland
By Eva Feld

1.-
Not a week has yet gone by since I came back from what used to be a tropical paradise, my homeland, Venezuela, a country where three races -the white Spaniards, the Africans and the native Indians -, melted to come up with a mestizo common idiosyncrasy; a place where calling someone “negro” was just an affectionate nickname and where white people with light colored hair were called “Musius” regardless of their origins. The word dates back to the nineteenth century when there was a French loving president whom was heard very frequently addressing any white visitor by the generic name of “monsieur”

There was very little social confrontation either, such as poor against rich, at least not on the surface. I went to numerous popular parties where workers, employees and shareholders danced together to the sound of drums and sang and drank to commemorate religious festivities on the streets and plazas. Nevertheless, this doesn’t mean that there was no injustice. Actually less than twenty percent of the population owned more than eighty percent of the richness of the wealthy oil producer country.

This fact, together with corruption and much wrongdoing by politicians brought the outburst of a young officer fifteen years ago. This man, Hugo Chavez, brought a new nationalist identity to the Venezuelan poor and outlined for them a promised land, one that would become a new reference to Latin America and the world, where there would be no more homelessness nor hunger, one in which everyone would have access to all public services including  free education and health. In the Venezuela, people would even be granted the latest technology and would fulfill the dream of Simon Bolivar by becoming totally   independent from the American Imperialist dominium.

The more Chavez talked (and he talked gradually more and even more as his planning was failing to comply with his own magnanimous imagination), the more he enchanted his followers who recognized him as their leader by his language and also by his authentic mestizo looks.  At this stage, he ignited hate toward anyone who would think or look different, while at the same time, he managed to spread the false impression of being politically and even philosophically progressive.
Hugo Chavez died a year ago and his successor, a very narrow minded and short sighted follower was elected president to fulfill the last wish of the now considered saint and almighty commander of the Venezuelan revolution, Hugo Chavez. Hence, his incompetence added up with an anachronism such as a pseudo-Communist economy in which the productivity and the profit have been almost completely abolished and the fact that almost 25.000 people have been killed during the last year due, among other reasons, to the presumption that the criminals might be the poor underdogs who also represent the constituency of the new regime.

On the other hand, the hatred embodied against half of the population who antagonize the actual system is now creating a boomerang crisis. Fifty percent of the population is fed up with crime, inflation, verbal violence, intolerance, incompetence, economic disaster, lack of progress etc. and many are backing what started as a student demonstration on February 12 that has degenerated into a massive repression that has produced so far at least forty casualties and several million dollars in military mobilization as well as civil destruction.

2.-
Not yet five days have passed by since I arrived in Cinci with my eyes still filled with fire and teargas. I am readapting myself into being able to find everything I need in the supermarket without having to stand in lines for hours  to buy limited items, as they seldom appear on the shelves. One day, maybe a maximum of two liters of milk, the next maybe toilette paper, not more than one package allowed; once every blue moon, corn flour which Venezuelans use to make their bread every day and so on.

Yes in Cinci, I can buy as many soap bars as I might want and choose which brand of cooking oil I prefer, but I still miss talking to my fellow buyers on the long lines. Venezuelans are still friendly and make jokes out of everything all the time. I still miss the chit chat, the gossip, the tales and gags, the laughs and rages, the Venezuelan sounds and words that express anger and fear, hope and despair.
Yes, I have come home to my family in Cinci. My house is full with my grandchildren and I love hearing their chirps, like free birds flying all around me. Sometimes I feel blessed when they land on my lap and willingly accept me telling them a story in Spanish before they take off and fly back to their electronic games or the television. I also witness their parent’s hard life: work, commute, travel and drive their kids to piano, karate, soccer, gym… My life also becomes busy with peace and progress, with the joy of springtime, even if it is still cold for someone coming from a tropical country.

Yes, I think I am adjusting to Cinci’s pace,  to see rabbits and squirrels, blue jays and cardinals instead of parrots and other very noisy birds with onomatopoeic names such as “guacharacas or guacamayas” in the sky.  I am learning how to live without worrying about reading the news because nothing really dangerous happens here, there are no barricades nor is there teargas in the air; no helicopters are constantly airborne, no “vigilantes” are violently undressing students at the university to humiliate them -as the Nazis did with the Jews- nor do fifteen hundred people take out to the streets naked to demonstrate solidarity with them and repudiate the government.

Yes, I am finally indulging for missing my well known trees such as the “Araguaney” with its beautiful yellow flower or the “Bucare” with its big orange flowers that look like fire for afar.  I am also willing to learn the name, shape and colors of the trees that are so beautifully blooming in the so very cozy neighborhood where I actually live now in Loveland.